Marcia G. Hussain April 24, 2022 Magazine books Comments Off on The lawsuit against the religious segregation of the Copts of Egypt – Reviews – Books 5 Views

Declarations of national unity often sound like empty words that are offered at official celebrations or at times after incidents of sectarian violence. However, the common heritage that all Egyptians share in their daily lives shows that there is a real argument for national unity and against religious segregation in Egypt which maintains national harmony despite feelings of segregation.

The book that Rawefad Publishing published in 2016 could easily be seen as part of an extended work that Fares, a leading figure in the Coptic reform movement, has been engaged in over a 25-year writing career. The purpose of this work, the same as that of the Coptic Reform Movement, is to encourage Copts to never hide behind the walls of their Church and to engage more with their faith and their history.

Ultimately, as Fares shows through the pages of this particular title, faith is integral to Egyptian identity in a way that goes beyond the differences between Christianity and Islam. The idea of ​​faith itself, he argues, is what allows followers of both religions in this country to share so much in terms of traditions – regardless of the many differences between the two religions, which need to be acknowledged.

The accounts of Rabeia Al-Adawiyah, the Sufi saint, and Mariam Al-Massraiyah, the Coptic saint, writes Fares, are too similar. The similarity, he suggests, could more easily be attributed to the Egyptian account of these two saints than to the similarities in their actual stories.

Additionally, he adds, the mausoleum of Al-Eryan in Upper Egypt is visited for blessings by both Copts and Muslims, as it is believed to be a saint. who is considered Coptic by some and Muslim by others.

These narratives, Fares argues, are mostly ignored in Coptic discourse. This, he said, should not be the case at all.

The purpose of openly examining these stories, he says, is not at all to contribute to the discourse of national unity, but to affirm the shared national identity that is primarily Egyptian rather than anything else.

The pursuit of the holistic nature of Egyptian identity, he adds, runs counter to the call some promote for the segregation of Copts – either by Muslims or by Copts who believe they must be strictly confined behind the walls of their Church.

In 2021 and 2022, Fares published two subsequent books which subscribe to the same argument and which can be safely summed up by the slogan “two religions and a shared identity”. Last year, Rawfed Publishing published the carefully researched and researched 500-page title Al-Magalat Al-Qabetiya (“The Coptic Magazines”). This year he released Awlad Haretena – Roweiya Massiheiya (“The Children of the Alley – A Coptic Reading”).

What both books do, in parallel, is present the Coptic voice on issues that go far beyond complaints of discrimination and persecution. This Fares does by simply sharing Coptic voices and Coptic documents.

In The Coptic Magazines, Fares documents more than 100 years of Coptic magazines in Egypt, dating back to 1892. In her introduction to the book, political science professor Nevine Mossad said the way Fares shared the documents and stories in this title offered an unprecedented experience. insight into the heart of the Coptic Church. 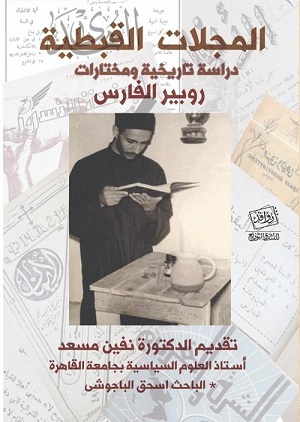 Certainly, in his criticism of the long history of Coptic journals, Fares does not hesitate to repeat that the Church has quite often intervened in the editorial policy and even in the content of these journals. Sometimes, he writes, the Church has banned certain issues of certain magazines for daring to challenge the authority of certain members of the clergy or the head of the Church. Egypt’s iconic Pope Shenouda III, he wrote, suspended publication of Magalet Al-Keraza (“The Call to Christianity Magazine”) at times when he could not revise or censor its content.

What Fares seems to want to do is to allow the general public to discover the history of the Copts of Egypt and to encourage the Copts themselves to think deeply about certain segments and elements of their history without any feeling of fear. or unjustified remorse. .

In his 140-page title published this year – Awlad Haretna – Roweiya Massiheiya – Fares takes the initiative to examine Naguib Mahfouz’s most contested literary text through a Christian lens. Mahfouz’s book was actually banned for years in Egypt due to criticism from Muslim religious authorities. 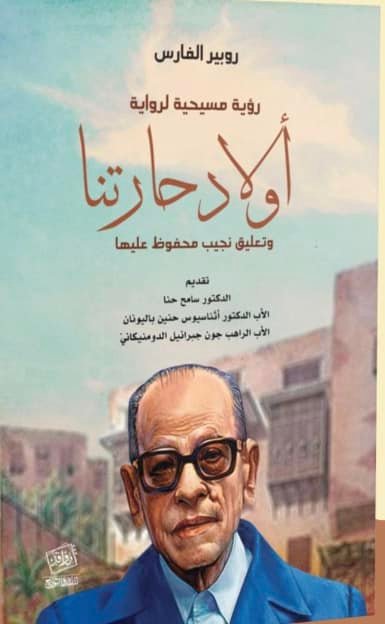 Fares’ approach to the text reveals how Muslim and Christian religious quarters would share the same objections to Mahfouz’s novel.

Critics on both sides, he reminds the reader, have claimed that Mahfouz referred to God through Gabalawi, the novel’s main character. The title of the novel has also been translated as “Children of Gabalawi”. Gabalawi’s children, the critics also said, are nothing but prophets.

Mahfouz explained himself by saying that Gabalawi concerns a certain perception that some people choose to have of God.

For Fares, however, whether Gabalawi is about God or some people’s idea of ​​God, this novel is about the long and onerous quest for identity that people have to go through.

These three books offer abundant material for readers wishing to learn more about a very crucial and often undiscussed issue of the Coptic battle between isolation and engagement. They are aimed at a wider audience and not strictly a Coptic readership as they tend to be labeled in some Cairo bookstores.